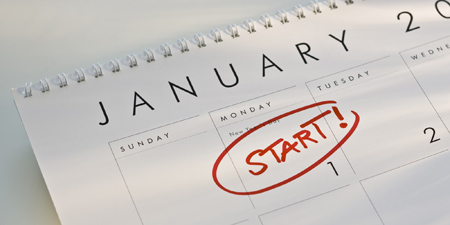 In fact, I friggin’ hate them.

It’s just that waiting until December 31st clicks over into January to state a few wishy-washy wishes is a spectacularly bad way to decide what you’re going to do with yourself in the “new” year.

It’s way too late, and anyway it feels like you’re cobbling together an inconsequential shopping list rather than a massive transformational blueprint for your next circuit of the sun.

Not only that, but the power, allure and sustainability of something called a “New Year anything” soon fades. As the winter turns to spring, it’s all too easy to look over your shoulder at the tattered remains of your best intentions, sigh, and roll on back into the old pre-Xmas habits.

I’ve known since March 2022 what I was going to be doing in 2023, and the short break before the calendar clicks over is only serving to reinforce and sharpen the focus on that vision.

So, I’m going to share with you one of the things I’ve resolved…err, decided to do from January:

Each month, Lisa and I will be taking on eight professional coaches or therapists who are serious about finding more of their ideal clients, more easily.

That’s a maximum of 96 inspired individuals of my choosing during 2023, who’ll be working together with the two of us in a small-group, high-intensity programme that will change forever they way they go about building and scaling their practice.

January is almost full already, but if you’d like to be considered for February, register your interest here and we can talk.

You don’t need to make a New Year’s Resolution about it.